Trump has been telling the public that he declassified the docs & his followers have been buying it. Basically writing fan fiction to explain how this explanation makes any sense whatsoever. But now he has to say this to the judge & won't. I'm eagerly awaiting the next excuse. 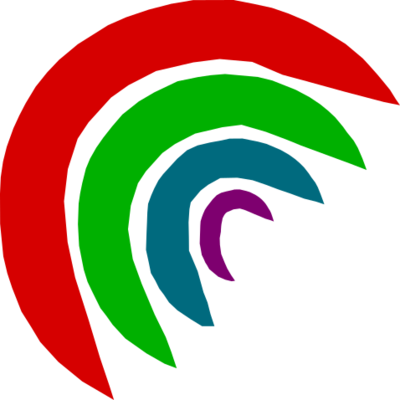 sj_zero @sj_zero@social.fbxl.net
Criminalising being a former president is a good idea that won't have any negative ramifications.
1
Sep 21, 2022, 00:59

have you followed this shit show? he's only in trouble cause he's a complete idiot or ridiculously lazy and is now just using it for political PR from people willing to accept his spin and not look into the details at all. he might be getting kickbacks from lefty outrage media for manufacturing this crap.

sj_zero @sj_zero@social.fbxl.net
I've followed enough of the shit show to know exactly what this is.

It's abuse of power and political weaponization of systems that aren't supposed to be used this way. Been happening non-stop. Pandora's box after Pandora's box being opened by short-sighted idiots who erased history so they don't have to be inconvenienced by it.

These abuses of power are widespread, and everyone can see what's happening. The absolute destruction of the whole political ideology has already started. Liberalism and progressivism did some really good things in the past few decades, I can only hope that this doesn't result in too many innocent people getting torn apart by the implosion.
1+
Sep 21, 2022, 01:41

HERE BE DRAGONS @complicatedRegrets@bae.st
@sj_zero @wjmaggos It will, there's pretty much nothing to stick it all back in. It'll take a complete restructuring of checks and balances to solve it all.

It's happening, to scale. We let the three letters run around for so long freely, despite the groups like the EFF, FPC, GOA, ACLU, NCRIRS etc. warning shit like this would happen. After Snowden there was jack in terms of fixing the problem, they just wanted to put him away.

Often people talk about a "Two tiered justice system", at this point; I suspect there is no justice system that "Americans" as a group form anything close to a real quorum with.

We are all being constantly manipulated by three letters and it's fucking terrible. Be outraged with X! Y is a distraction! Z is propaganda from country A!

I think life has just become super convoluted because of the large stack of laws for absolutely everything, controlling the people's ability to do what they want, be it drugs, growing food on a farm, owning guns, running a commune, having some silly religion, hating a religion, or wanting to have a sex change operation. It overwhelms the human mind, and there gets to be the breaking point when people just... stop giving shits and it circles back to the beginning.
1
Sep 21, 2022, 01:50

what's new is we have more information thanks to the internet. it's always been fucked up, we just know more about it now and everything is trying to adjust. all systems are imperfect and we should always be working to fix it and now have more information to do so, but the people telling you to blow it up or give up are the problem. in a democracy, we are responsible. disengagement or trying something with less evidence of working facilitates the assholes.

HERE BE DRAGONS @complicatedRegrets@bae.st
@wjmaggos @sj_zero "all systems are imperfect and we should always be working to fix it and now have more information to do so"

And what happened to Snowden? He brought this stuff to light; where did the oversight go?

What about the constant FBI and CIA lies, selling drugs and guns to the cartels that got exposed by wikileaks?

What has ANYONE done to rectify these issues or hold anyone responsible?
"A settlement was announced in 2019 where both sides disagree with the prior court's orders and agree to continue to fight over privilege issues."
> oh hur hur we hold committee
> Three letters give canned responses that make everything sound super broad
> Random people at the bottom of the responsibility chain get charged as scapegoats.


I agree, all systems ARE imperfect. But there's a limit. When the imperfect system is the end goal (I.e. Intentionally broken to limit culpability) how are the people who are suffering from all this shit supposed to find justice?
0
Sep 21, 2022, 01:43

yeah, no. he had to turn over docs like every president before him, took forever, and left classified shit in the boxes. that's what started this crap. all he had to do was be a little more detailed in what he handed over and they never would have known. then the DOJ asked for any other classified stuff he had and to confirm that was it and he fucked that up too. this was then used to justify the raid. then Mr Lock Her Up played the victim and people bought it. what a joke.

what conspiracy? I don't think he was trying to do anything bad here. he had documents from his days as president and was just doing a shitty job of returning them. and if he wanted to keep them, doing a shitty job of hiding that fact. the guy doesn't have big ideas about fixing the world, he just loves the ego boost of people thinking he does. he fucking chose to prosecute Assange when Obama did not. ugh.

It's just one thing after another. The election wasn't even over when the now proven fraudulent Russiagate started. The Hillary Clinton campaign was fined by the election commission for their role in that hoax. It's just been one thing after another since. Accusation after accusation after accusation, and accusing the people around him, and accusing the people associated with him, it just never ended, and very little of it ended up bearing any fruit. It was just conspiracy theories.

I don't particularly care about Trump per se. It was pretty funny that he won the election in 2016, but he's an idiot who failed on a lot of fronts when he could have succeeded. Snowden and Assange both being good examples. The guy ran on balanced budgets and spent more in 4 years than Obama spent in 8. There's lots to criticize him for, he's all talk no action.

I do particularly care about abuses of power by the state. I was against it in 2001 when George W. Bush was president, and I'm against it today with Joe Biden as president. If a former president of the United States is vulnerable to having law enforcement weaponised against them like it has been, then it can happen to literally anyone, and it will.
1
Sep 21, 2022, 02:18

I completely agree that Trump was unfairly treated by media and deep state. how he didn't respond to that by helping Snowden and Assange just baffles me.

sj_zero @sj_zero@social.fbxl.net
Judging his administration by actions rather than words, he had a very light touch. I suspect he was worried about breaking anything important by fiddling with stuff he had no real clue about.

I think in 15 minutes we could both come up with dozens of ideas of people to pardon who would have an outsized effect on his public perception, and that's just one power.
0
Sep 21, 2022, 00:59

as an actual issue, everything I've seen and surmised says you're correct on the substance. nothing burger. as another opportunity to hopefully break cult members from the spell, maybe it's not a total waste of time.

"as another opportunity to hopefully break cult members from the spell"

If Trump shilling his warp speed shots isn't enough to get someone off the Trump train...I doubt anything is.

@wjmaggos@liberal.city "Cult members"? You mean Q-tards who still think Trump is running a shadow presidency and is going to take back the White House with the military and hang the Clintons for treason and disband the IRS? They're living in a dream world and you will never wake them from that slumber. And trying to reason with anyone on any political divide that subscribes to insane beliefs in any sort of parallel is, for certain, a waste of time.