Host of https://culturewar.radio. An open conversation about the news & views that capture our attention every week. Taking calls live every Sunday @ 9pm CST.

I love social media as a form of "attention democracy" where we can responsibly collectively decide which facts & ideas go viral. But conversations can be difficult. That's why I host a weekly stream/podcast (no edits) & invite everyone on. Please join me.
https://talk.culturewar.radio

I know it's early, but is there any support for something I'd call #FediverseFebruary? Sometime before February 2022, help all your friends start a #fediverse account and get connected with yourself and others. Then when that month rolls around, we could all try not using big social. If we do it right, we should have no problems cause we'd all be here instead. Followings maintained etc. Network effect no more. What do you think?

Why don't libertarians fight for the rights of homeless people to live however they want on public property? Aren't laws against public nudity, fucking, doing drugs, sleeping and shitting wherever they want violations of their personal sovereignty? Somehow face masks go too far.

Live now. What needs to be discussed this week? Join the conversation: https://talk.culturewar.radio

Most of our problems come down to human frailty and people acting in good faith but with different perspectives and competing interests. I know that's a boring view of the world and hard to remember, but it's true and much less emotionally taxing. #LiberalValues

You think because you're not leftists you dont have forbidden topics? LOL.

The Chinese space junk needs to land on Trump or Elon during SNL.

As far as English speaking countries go, it's weird to have our most important free "speech" advocate #Assange hail from Australia, being held in the United Kingdom on behalf of the interests of the United States. #LiberalValues my ass.

It's getting harder to follow a diverse set of perspectives now that we've all learned that our best odds of getting love and going viral stem from fucking with everyone who doesn't worship at our tribe's altar.

Last weekend, the room was full and the conversation was varied. Please help it get a little more focused by proposing subjects like the Biden SOTU, immigration, vaccine IP, AZ recount/audit and the FB oversight board below. Join us live Sunday at 9pm CST.
https://culturewar.radio/archives/podcast/105

Propose that Medicare eligibility begins at 50. A "one line" bill. What politician could oppose it and get re-elected?

Trump is blogging. Why not get paid at @SubstackInc@twitter.com?

very true @caitoz@twitter.com, but we can fight back. we can tell people about decentralized social media without algorithms (or ads or control by government or corporations). research, explain, promote, support and use the #fediverse. 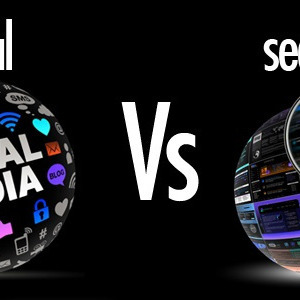 It’s too bad you missed out we ended the call-in by discussing what an amazing place Japan is with a 99.9% ethnically homogenous population willing to pay $500 more for a locally-manufacturing Sony television than the identical model produced in China or Mexico.

Then we had a bit of debate about whether the local populace was actually volunteering to pay that premium or whether it was just the CEOs/yakuza conning their own people into lining their pockets. You would have liked it!

Live now. What needs to be discussed this week? Join the conversation: https://talk.culturewar.radio

Ben Mora: "Politicians should be seen as disposable."

Last weekend, the transition continued. Lots of guests, lots of subjects, less structured than I want. Some audio trouble too. Need to focus. Join me again this Sunday at 9pm CDT. What needs talking about?
https://culturewar.radio/archives/podcast/104

Host of https://culturewar.radio. An open conversation about the news & views that capture our attention every week. Taking calls live every Sunday @ 9pm CST.